The End of Human Rights 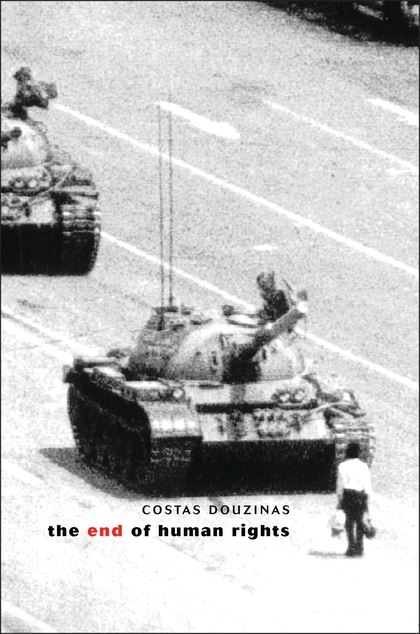 The introduction of the Human Rights Act has led to an explosion in books on human rights, yet no sustained examination of their history and philosophy exists in the burgeoning literature. At the same time, while human rights have triumphed on the world stage as the ideology of postmodernity, our age has witnessed more violations of human rights than any previous, less enlightened one. This book fills the historical and theoretical gap and explores the powerful promises and disturbing paradoxes of human rights.

Divided in two parts and fourteen chapters, the book offers first an alternative history of natural law, in which natural rights represent the eternal human struggle to resist domination and oppression and to fight for a society in which people are no longer degraded or despised. At the time of their birth, in the 18th century, and again in the popular uprisings of the last decade, human rights became the dominant critique of the conservatism of law. But the radical energy, symbolic value and apparently endless expansive potential of rights has led to their adoption both by governments wishing to justify their policies on moral grounds and by individuals fighting for the public recognition of private desires and has undermined their ends.

Part Two examines the philosophical logic of rights. Rights, the most liberal of institutions, has been largely misunderstood by established political philosophy and jurisprudence as a result of their cognitive limitations and ethically impoverished views of the individual subject and of the social bond. The liberal approaches of Hobbes, Locke and Kant are juxtaposed to the classical critiques of the concept of human rights by Burke, Hegel and Marx. The philosophies of Heidegger, Strauss, Arendt and Sartre are used to deconstruct the concept of the (legal) subject. Semiotics and psychoanalysis help explore the catastrophic consequences of both universalists and cultural relativists when they become convinced about their correctness. Finally, through a consideration of the ethics of otherness, and with reference to recent human rights violations, it is argued that the end of human rights is to judge law and politics from a position of moral transcendence.

This is a comprehensive historical and theoretical examination of the discourse and practice of human rights. Using examples from recent moral foreign policies in Iraq, Rwanda and Kosovo, Douzinas radically argues that the defensive and emancipatory role of human rights will come to an end if we do not re-invent their utopian ideal.