Syriza in Power: Reflections of an Accidental Politician 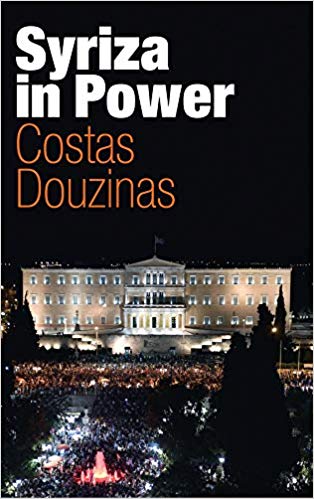 Amid the turmoil of economic crisis, Greece has become the first European experiment of left rule in a sea of neoliberalism. What happens when a government of the Left, committed to social justice and the reversal of austerity, is blackmailed into following policies it has fought against and strongly opposes? What can the experience of the Syriza government tell us about the prospects for the Left in the twenty-first century? In this engaging and provocative book, Costas Douzinas uses his position as an ‘accidental politician’, unexpectedly propelled from academia into the world of Greek politics as a Syriza MP, to answer these urgent questions. He examines the challenges facing Syriza since its ascent to power in 2015 and draws out the theoretical and political lessons from one of the boldest and most difficult experiments in governing from the Left in an age of neoliberalism and austerity. (From the publisher)