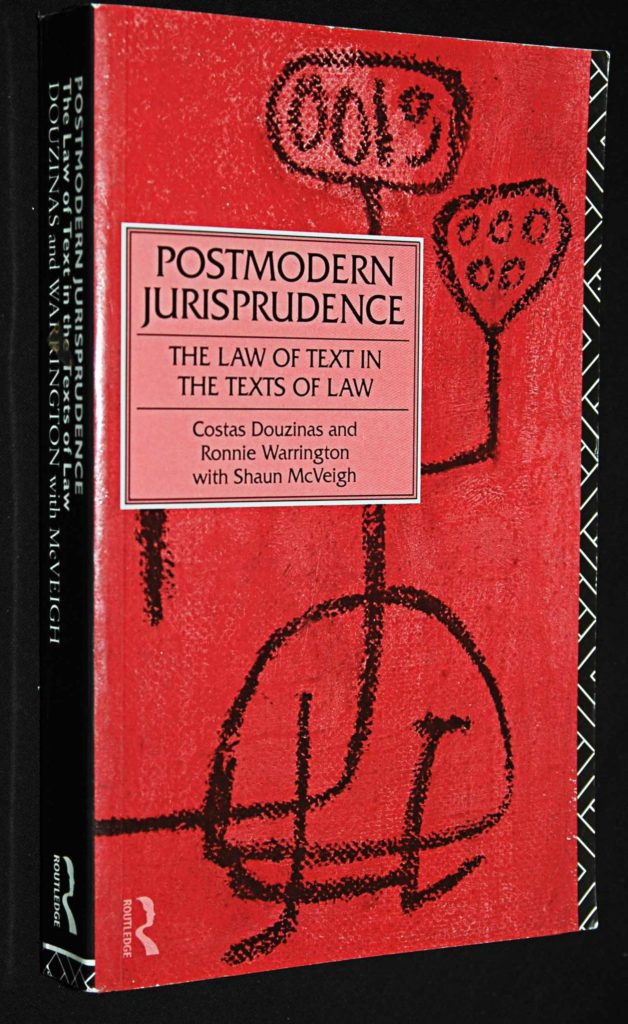 “Postmodern Jurisprudence” brings together post-structuralism and legal theory. Contemporary legal theory is committed both to the major truth telling Enlightenment claims of clarity, logic, impartiality and analytical rigour, and to the normative demands of liberal equality, fairness and justice. But through a close reading of the leading texts of contemporary legal philosophy (Dworkin, Finnis, Fish, Norris, Goodrich, Jackson and recent Marxist theories of law), “Postmodern Jurisprudence” demonstrates that modernist discourses of law contain the unsettling thematics of postmodernity which these texts attempt to deny. Furthermore, by using an array of textual and contextual techniques in the reading of conventional legal works, such as law reports, “Postmodern Jurisprudence” points towards overcoming the impasse in the interpretation debate. The book concludes with an analysis around a piece of 19th-century literature which is approached via the dynamics of postmodern copyright law.