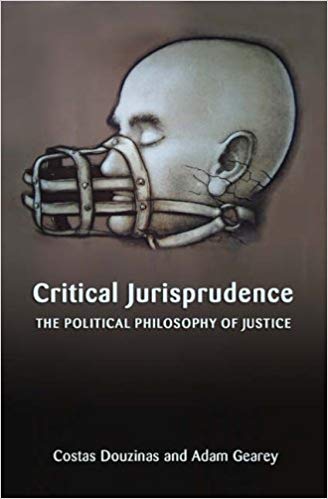 Jurisprudence is the prudence of jus, law’s consciousness and conscience. Throughout history, when thinkers wanted to contemplate the organisation of society or the relationship between authority and the subject, they turned to law. All great philosophers, from Plato to Hobbes, Kant, Hegel, Marx and Weber had either studied the law or had a deep understanding of legal operations. But jurisprudence is also the conscience of law, the exploration of law’s justice and of an ideal law or equity at the bar of which state law is always judged. Jurisprudence brings together ‘is’ and ‘ought’, the positive and the normative, law and justice.

But after a long process of decay, legal theory is today characterised by cognitive and moral poverty. Jurisprudence has become restricted and academically peripheral, a guidebook to technocratic legalism and a legitimation of the existent. Critical jurisprudence returns to the classical tradition of a general philosophy of law and adopts a much wider concept of legality. It is concerned both with posited law and with the law of the law. All legal aspects of the economic, political, emotional and physical modes of production and reproduction of society are part of critical jurisprudence. This widening of scope allows a radical rethinking of the nature of rights, justice, sovereignty and judgement. A political philosophy of justice today must examine the political economy of law; transitions from Empire to nation; ideological and imaginary constructions through which we understand ourselves and relate to others; ways in which gender, race or sexuality create forms of identity that both discipline bodies and offer sites of resistance. Law’s complicity with political oppression, violence and racism has to be faced before it is possible to speak of a new beginning for legal thought, which in turn is the necessary precondition for a theory of justice. Critical Jurisprudence offers an ethics of law against the nihilism of power and an aesthetics of existence for the melancholic lawyer.